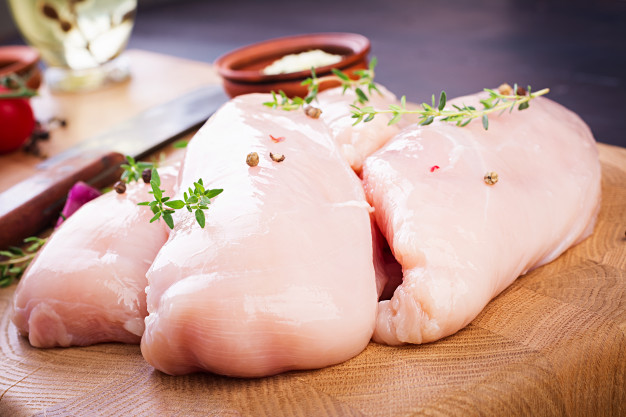 Weekly chicken production last week lagged year ago levels, with slaughter for the week ending October 3rd revealing a 3.3% (y/y) decline. Bird weights, while flat with the week prior, were 2.4% heavier than a year ago, leaving ready-to-cook (RTC) output just 0.9% less than the year prior. Over the past six-weeks, RTC production is just 0.6% below a year ago, but output isn’t likely to expand sharply in the near-term. Amid tighter production schedules, wing prices remain near record highs, with tenders, while starting to fade, are running well above year ago levels, as well. Even the dark meat sector is starting to find modest support, but the export market has yet to be buying leg quarters. But some foreign interest for leg meat may be seen later this quarter.

From record beef output throughout late September, beef production fell abruptly last week, down 4.1% from the week prior, but was 0.4% over last year. The price inflation during September was a bit too early to stick, and last week saw modestly retreating prices nearly across the carcass, with only the Choice ribs holding onto weekly gains. Aside from the chuck and brisket primals, the Choice cutout is running above year ago levels. The grinds, however, continue to languish, running near their lowest levels since 2016. Seasonal upside is still expected for trim, but interest will likely remain tempered this fall.

Hog slaughter last week moved over the 2.7 million head for the first time since early April, a move anticipated for a few weeks now. Wholesale pork prices have been steadily higher recently, but the move to increase pork production, if sustained, may temper the upside potential deeper into the fall. Pork belly prices continue to firm moving into the mid-to-upper $1.50’s, with ham prices finding significant support, as well. If exports remain active and increased weekly pork sales remain constant than upside price risk for pork may persist.

U.S. shrimp imports during August were big despite the subpar economy. In the month, the U.S. imported 17% more shrimp than the previous year. And this mostly came at lower prices compared to the prior month. Data is starting to show that the recovery in foodservice is slowing which should temper any recovery in shrimp demand. That said, the risk in the shrimp markets remains to the upside.

The lettuce markets remain expensive due to adverse weather negatively impacting supplies. Lettuce shipments are expected to remain subpar in the near term which should be supportive of prices. That said, lettuce demand is likely to back off in the coming weeks. Assuming so, the upside price risk in the lettuce markets may be short-lived. History does suggest that romaine lettuce prices could remain elevated, however, into December. The avocado market is relatively stable with good supplies continuing out of Mexico.

CME spot butter prices remained soft last week and are the cheapest for October since 2009. U.S. butter exports during August were up 1.7% (y/y) but were the second smallest for the month since 2016. The downside risk for the spot butter market from here may be limited. The cheese markets are firm. The cheese block price carry over barrels is narrowing but still unusually wide. August domestic cheese exports were up 16.5% (y/y) with sales to Mexico and South Korea accounting for nearly 50% (of the total exports). A downside correction for the cheese markets is anticipated to occur this fall.

The USDA lowered their U.S. 2020-21 corn and soybean crop estimates last week as expected. Despite this, the available corn supply for the next several months is projected to remain historically adequate. However, the soybean supply is projected to be at a four-year low. This could underpin the soybean complex.